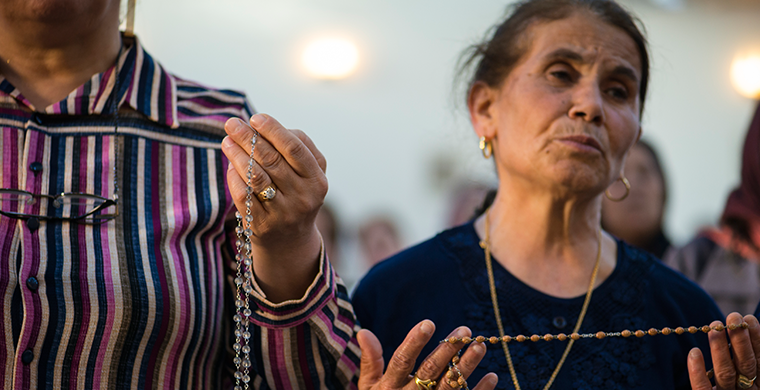 Iraq and the Eastern Christians

Iraqi Christians are the heirs of an extremely ancient religious settlement which pre-dates the arrival of Islam in the 5th century. Almost all of these Christians are the descendants of the people who lived in Mesopotamia before the Christian era. The Chaldean Church was founded in Babylon by Saint Thomas and his disciples.  They evangelised pagans and Jews in exile. At the time it was called the Church of the East. This church, which split following the Council of Ephesus in 431, became part of the Catholic Church in 1553. The Assyrian Church remained separate.

L’Œuvre d’Orient is running many projects in the plain of Nineveh to allow Christians to rebuild their homes and re-settle. For example:

– Re-building of the school run by the Dominican sisters in Qaraqosh, the largest Christian city in Iraq.

– Reconstruction of the cultural centre in Bartella, which was destroyed by Daesh and by bombing.

– Renovation of the Saint Joseph cultural centre at Karamless, built on the site of a former 13th century monastery. Once restored, the centre will be used for local festivities, weddings and burials, training courses, and it will feature a children’s and adult’s library, plus a family café.